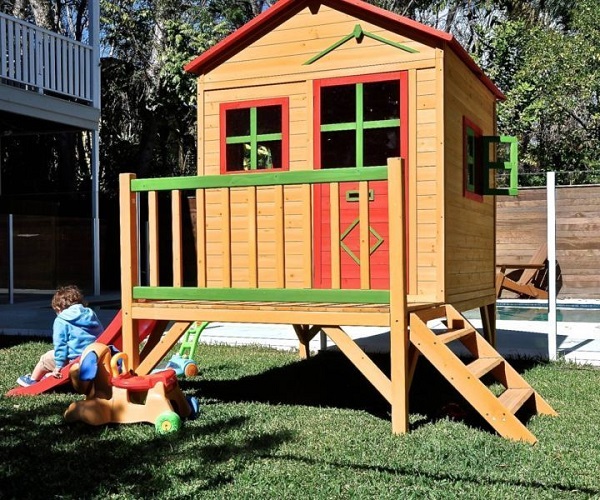 If you’ve been following me, then you know I’m a mum of two boys – Ethan (4) is older and Noah is eighteen mounts. Sometimes, I’m simply amazed how different they both are. Ethan is calmer and more quite; he rarely shares things with me, like for example, how his day at kindergarten went. He also is not an outdoor person – he loves playing inside building blocks, pirate ships, castles, etc. It is not that he doesn’t like to play outside, getting him out of the house is the problem.

Noah, on the other hand, is very communicative. He loves to talk and sing (he is my radio; he always sings Twinkle Twinkle Litter Star and Johny Johny Yes Papa when driving to kindergarten to pick up my older son), and if he could, he would spend a whole day playing outside. Being so different makes it sometimes difficult for me to organize their days. While it’s hard to pull my older son outside when he wants to stay in and play, the younger one is crying his tears out to be allowed to play in the backyard.

This “problem” made me start thinking about finding a way to make them both want to play outside. I researched online and did a lot of brainstorming and eventually came up with NOTHING. Dead end!And then it hit me (it was like a light bulb went off), what I need is an outdoor cubby house. Few months ago we went to a friend’s son’s 5th birthday. She did a pirate theme and organized everything in their backyard. Kids had a real blast playing in their wooden outdoor cubby house. I though it was a brilliant idea at the time but to be honest, I’m not sure why I didn’t think of purchasing one for my boys then.

Anyway, my husband and I decided to get them one. We did a thorough research online, from finding the highest quality and reputable seller to the right size and features. We finally picked out an outdoor cubby house we liked the most (premium timber, 3-step staircase, a slide, plus 12 months replacement warranty) and had it delivered last Friday. My boys were pretty excited (even helped my husband install it) and since, all they want to do, is play in their cubby house, especially Ethan which for me, to be honest, is a miracle.

I mean, nowadays, it is pretty common to see kids becoming couch potatoes. They watch TV the whole day, play video games or are on the computer chatting with friends non-stop, when instead, they should be outside playing and hanging out with their friends. And as a parent, it is our responsibility to do whatever we can to get our kids off the couch and on the playground as outdoor play is very important for kids.

As you may already know, kids with sedentary lifestyle are prone to having health and other problems as they grow up such as, obesity, being moody, not doing well in school and similar. It is never too early to teach your children the importance of play and get them an outdoor cubby house where they can play and be themselves. There is no better way to boost their self-confidence and creativity than through play. Help your children grow into healthy individuals.

A Few Of My Favourite Pieces Of Beachwear For The Season