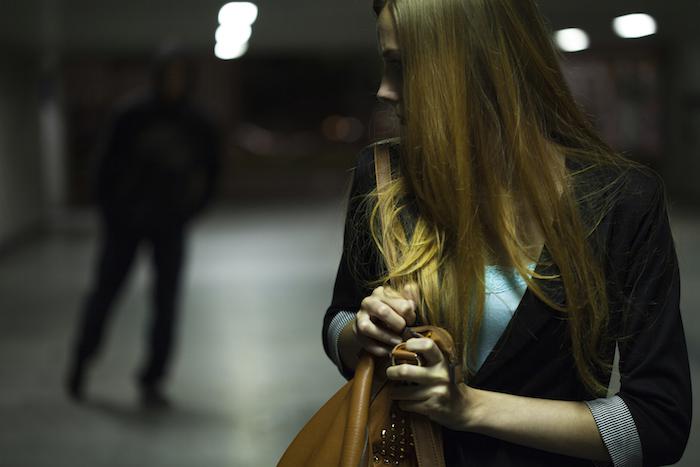 In theory, I always knew that the world is one very scary place to live in, but I never experienced it in practice. That was until my dear faculty friend Ashley called me a few days ago and told me about the experience she had while walking home one week-night; she got attacked and robbed right in the middle of the city streets! She went to see a movie with a friend of hers, and while walking home in the dark, someone approached her from the back, quickly punched her and stole her wallet with all her credit cards and keys. Beside the material damage, Ashley ended up with a sore cheekbone and a terrible scratch on her face. Not to talk about the stress and trauma she went through.

Her story really got to me; I mean, I always wanted to know how to protect myself from street attackers and thieves, but never actually took the time to seriously get my hands on the matter. And now when she told me how she lived through that hell, I really related to her on an emotional level and got scared! So, I decided to learn what I could about self-defence, and the starting point according to a very comprehensive research I did, was getting a gun and a tactical light.

I really don’t like weapons, but when it comes to protecting yourself or your family, I think a woman should know how to handle one. But what I really think is a must in every woman’s purse is definitely a tactical light – the darkness at night can be really creepy. Here’s what a tactical light is all about:

Different situations of use
It seems like these flash lights are largely neglected as potential weapons for protection; there are so many situations in which you can use these sturdy, hard lights to protect yourself. Just to name the most common ones:

Gun or no gun, a tactical flash light will be of purpose
If you own a gun, mounting a tactical flash light on it will change the way you use your weapon. It can get a little tricky because in order to light the person approaching you and identify him, you’d need to point the weapon at him, which can be quite disturbing if the intentions aren’t what you’d probably assume. On the other hand, if you don’t have a weapon, but decide to rely only on the flash light, make sure you can work the moves for identifying, momentarily disorientating your attacker and run!