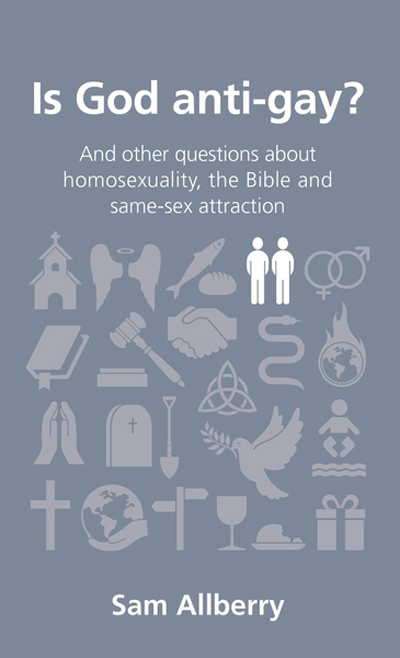 I am not a huge celebrity fan (not counting Nicolas Cage and Bon Jovi), but the recent news involving the sex change of the first-born child of famous power couple Angelina Jolie and Brad Pitt, Shiloh, simply had me wondering about God and homosexuality. I recently read the book Is God Anti-Gay by Sam Allberry and I can say that it has made me see the issue in a more positive and liberating way.

What is your opinion on the matter? Which group of Aussies do you belong to – to the one that believes the marriage to be a union between two people who love each other or to the group that defines marriage as a union between a man and a woman? You might as well judge me for saying this, but who are you to tell others whom they can and cannot love? Why did we fight for the freedom of speech, freedom of religion and the right to vote then? If you do not like others telling you what to do, eat, drink or wear, do not be a hypocrite and DO NOT judge others.

If one day one of my boys tells me that he is experiencing this sort of feelings, I want to be able to listen, support him and find out what I can do to help him. For me, one of the most important things in life and parenthood for that matter, is always being the best friend to my kids. To me they will always be my bubbas (just like my grandma who used to call her sons and daughters even after they turned 50). No matter what, I will like them NOT to have the impression that they are being rejected by me for feeling the way they do.

Seriously, I think it is time for us to admit that there will always be Christians in our congregations with these feelings and we need to make them feel comfortable and safe to talk about it. Moreover, we need to make sure we do not define people by this issue. What about if it was you who was experiencing these feelings? Or maybe one of your children? Knowing how good at heart you or your children are (with an amazing character, hard-working, family oriented) how would you feel being discriminated by the ‘perfect society’ just because you/they are attracted to the same gender? It would be heart-breaking.

Homosexuality is a huge issue all over the world. And for many people, it is not a society issue or a political issue, it is a personal one. That is exactly what the author of Is God Anti-Gay Sam Allberry talks about in his book. He shares his own experiences gained through the years of pastoral ministry (yes, Sam Allberry is pastor who lives in Great Britain) and that specific part is shortly explained at the very beginning of the book.

The first chapter is about the Bible and homosexuality. It talks about what exactly does the Bible say about marriage and sexuality in general. Following, the author introduces biblical texts that mention homosexuality. His aim is to help those who struggle with same sex attraction by encouraging them to seek help in the God’s house (church) among other Christians who will be full of understanding. But the real truth is that not all Christians are willing to accept that we cannot judge our brothers and sisters for feeling the way they do. The author suggests that the church could support these individuals during their struggle, instead of judging them all too soon.

Sam Allberry agrees that a union between two individuals from the same sex is not natural, however, these people are also sons of God and as long as they admit they are different and seek ways to properly address it rather than act on it, Christians have the obligation to be respectful, helpful and peaceful towards them.

If you think that same sex attraction is unnatural and against traditional values, think twice. Lots of things out there are unnatural, such as sexual abuse, pedophile, cheating, lying, murder, abusing drugs, drinking, etc. However, I see no one protesting against those people. Modern people like to be cool, right? So be cool and learn to move forward and accept that there are different people. Please tell me, how does gay marriage affect you or others? Exactly, it does not! No one can dictate what is right or wrong when it comes to expressing love. Just spread love and enjoy life.

Put Your Child On Skates & Watch the Smiles Roll By