My 4-year-old niece is sensitive to allergies, mold allergy to be precise (I’ll often refer to her as M, it’s the first letter of her name).

My sister and brother-in-law noticed first signs after they moved into their new home (just one block away from us; I was super excited and happy). In fact everything was fine until that point, or at least it seemed so. But soon after they’ve settled into a new house, my niece suddenly started getting ill, all the time. She constantly had flu-like symptoms such as sneezing (not as often), coughing (the very dry tickly cough that ends with a wheeze), and an itchy and runny nose.

At first my sister would give M cough medicine, but after a day or two, symptoms would became more severe and they would have take her to the pediatrician. Every visit would end the same, with a new antibiotic prescribed for acute bronchitis. In a day or two she would get better and by the time she’d finish her medicine she would feel great. But not for long. In fact a week the most, and then she would start coughing again.

This continued for about 2 years until one time the symptoms got so severe, M had to be hospitalized twice in one month and has been on IV for few days. The whole experience was so traumatic for M, my sister told doctors no more needles until they run few tests. She believed it was not bronchitis and it turned out she was right. Nothing beats mother’s intuition (many consider it a legend, but we moms know it’s real).

The tests showed my niece was actually allergic to mold. Can you believe this? I had no idea such allergy even existed. We had million questions: How’s that possible?, What has caused this? What can we do? Will M be allergic her whole life? The doctor explained it was all due to mold infestation in their home and prescribed Pulmicort (budesonide) inhalation every 12 hours. (Now that was a challenge, M cried her lungs out every time she saw the inhalator, but eventually got used to the machine, and later even held the mouth piece on her own. As for my sister, I don’t think she really ever recovered from that experience. It’s hard for a parent to see own child in pain; those images stay with you for life)

This is M with inhalation mask

What confused us all was the fact that there was no visible mold anywhere in the house and no moldy smell. If you can’t see it, then it does not exist, right? Wrong. Did you know that mold that’s hidden is the most hazardous. Neither did we. Anyway, my sister hired a certified mold inspector. If you believe your kid may have mold allergy, trust me, don’t waste your time with home mold test kits or launching a search operation. Remember, just because there are no visible signs of mold growth does not mean you’re free from it. Hire a professional, it’s the safest way.

Of course, the inspector (thanks to his know-how and test and measurement tools) confirmed everyone’s fears – there was mold in the house, playroom being the epicenter of the problem. What’s next? The inspector suggested treating walls with mold control solution, installing a dehumidifier and getting a PROFESSIONAL humidity test and measurement meter which measures the amount of moisture in air in a room. The word ‘professional’ puzzled us all. Getting a meter was clear as day, but why spend over $150 on a piece of equipment that can be bought for less than $20. I’ll quote the inspector, “Do you want your girl to be a joyful child again?” And then he filled us in on all the details. 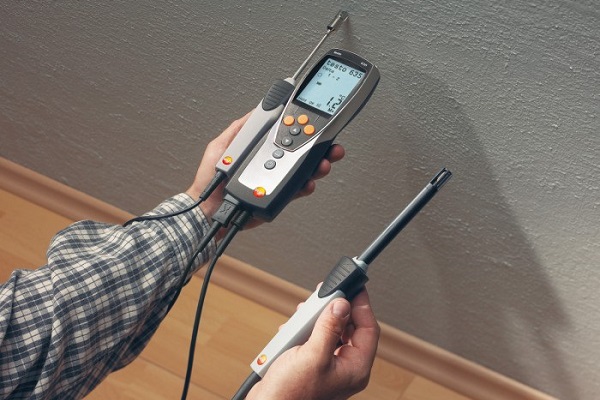 Namely, a professional humidity test and measurement meter can provide a high accuracy, 0.1°C/0.1%. What this means? Testers used in industrial applications can provide ±0.1°C accuracy while the ones designed for residential use won’t give results better than 0.5°C. Can you believe it. Such test and measurement meters are used in hospitals, food processing industry, air conditioning systems, and of course, since my niece’s health was in jeopardy, my sister decided they will get one.

The tester comes with a digital display and is very easy to use; it’s fast, and most importantly, precise. It comes with so many convenient features but that’s not really the point here; the point is that it helped my niece be a joyful child she used to be. And that’s what matters.

The Breakfast In a Glass You Won’t Want To Skip


Error: API requests are being delayed. New posts will not be retrieved.

Error: API requests are being delayed for this account. New posts will not be retrieved.